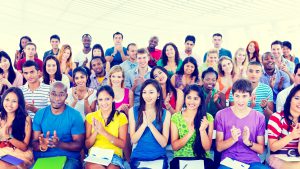 The Institute of International Education (IIE) has announced a new survey on international admissions, and the conclusions are more optimistic than some may have expected.

The survey, titled “Shifting Tides: Understanding International Student Yield for Fall 2017” outlines the admission cycle in the 2017/18 year in the face of raised concerns among U.S. higher education institutions due to debates over visa and immigration policy. Based on the responses received from 165 colleges and universities, findings revealed that interest among international students remains steady overall.

While the findings were overall impressive, the interest did vary depending on the survey location within the U.S. The top four host states in the U.S. are California, New York, Texas, and Massachusetts, and all but Texas compare favorably to national patterns. While New York and Massachusetts remained steady in enrollment interest, and California reported a slight increase, Texas reported a sizable decrease in yield from 44 percent to 35 percent. Texas isn’t completely off the map though, since even though the state reported the sizable decrease, their interest is still notably higher than the national average.

Geographic regions also had differing yields, with the South seeing the greatest decrease in yields, falling 5 percent in yields. Institutions in the South also reported a 13 percent drop of offers that were extended to international students. 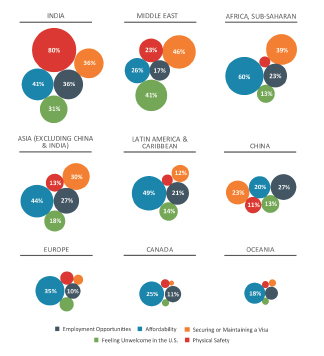 While many international students have concerns about studying at a higher institution in the U.S., the concerns do not seem to be hindering admissions. It is, however, difficult to draw conclusions base on a 2 percent average yield decrease, notably because many institutions “many institutions have adjusted their recruitment and admission strategies in an effort to minimize the impact of possible declines in international and domestic student applications, more aggressively following up with accepted students and mobilizing alumni and current students, among other strategies to increase yield. Many institutions also make strategic decisions based on the number of applications they receive and they calibrate their admissions offers to generate the desired class size and profile based on expected yield rates.”

There is a concern that the 2 percent decrease could be a signal for larger decreases in the future, and some respondents indicated that they are more concerned about possible declines in the 2018/19 year. At the moment, though, it seems that institutions continue to have a substantial amount of draw for international students to contribute academically.