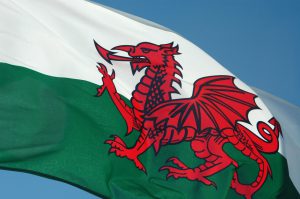 The Welsh government has announced a new, ambitious plan to almost double the amount of Welsh speakers in the country. The declaration follows the 2011 census, which showed a drop in the number of speakers in Wales from 21.7 percent to 19 percent of the population, or 562,000. The government also seeks to increase the percentage of the population that speaks Welsh daily, and can speak more than just a few words from 10 percent to 20 percent. The goal’s deadline is 2020, and Welsh government aims to accomplish it through a three-step program.

1. Increase the Number of Welsh Speakers

Through the use of Welsh-medium (classes taught in the Welsh language) early education and an addition of 150 nursery groups, the government hopes to seamlessly transition elementary age students into Welsh-medium schooling. They will increase the proportion of school groups receiving Welsh-medium education a total of 18 percent, and increase the number of primary and secondary teachers who can teach Welsh, and teach in Welsh-medium from 5,200 to 10,600 over the course of the entire program. They also aim to “transform how we teach Welsh to all learners in order that at least 70% of those learners report by 2050 that they can speak Welsh by the time they leave school,” and “reform post-16 Welsh-medium education and skills,” although the details of how that will be accomplished is not laid out.

2. Increase the Use of Welsh

By reviewing the legislation that controls the usage of the Welsh language, and “ensure it offers a strong foundation for promoting and facilitating the use of Welsh,” the government hopes to spread the overall usage of the language. Certain laws have yet to be pointed out in the government’s announcement, although they do say that they aim to lead by example “by promoting and facilitating increased use of Welsh by our own workforce.”

The final strategy laid out was to develop a regional focus to shift economic development into all regions of Wales, in order to facilitate different areas to develop their own separate identities. They also hope to include technology for the advancement of the language, a tactic that has been used widely for other languages across the globe.

Doubling the amount of speakers is not an easy feat, but First Minister, Carwyn Jones, says the government is up for the challenge, saying, ““Reaching a million speakers is a deliberately ambitious target to so that the Welsh language thrives for future generations. There are challenges ahead, but we can undoubtedly face those in the knowledge that we are building from a position of strength.”