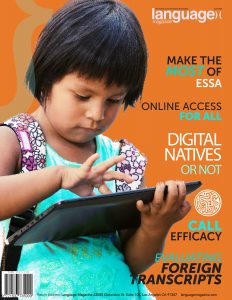 The promise that educational technology would be the key to closing the achievement gap between middle-class white students and less-affluent minority students has not been met for several reasons, some of them systemic, but one fundamental reason behind the slow progress should be relatively easy to overcome: fast internet access for all at school and at home.

According to a recent report from the Alliance for Excellent Education, only 3% of teachers in high-poverty schools agreed that “students have the digital tools they need to effectively complete assignments while at home,” compared to 52% of teachers in more affluent schools (“Using Technology to Support At-Risk Students’ Learning”).

And it’s not just home access that’s a problem—more than 70% of U.S. public K–12 schools do not have sufficient broadband to allow most of their students to engage in digital learning activities at the same time. Another report (“Creating Anytime Anywhere Learning for All Students: Key Elements of a Comprehensive Digital Infrastructure,” Alliance for Excellent Education) notes that “the reality is that many schools and libraries are attempting to serve hundreds, and sometimes thousands, of users with the same amount of bandwidth typically used by a single household.”

The U.S. Census Bureau’s 2013 American Community Survey shows 84% of American households report computer ownership, with 74% having internet access in their homes. Those numbers drop precipitously for the low-income households, with computer ownership declining to 71% and internet access to 54% for households earning less than 50% of area median income (AMI), and to 63%/46% for those earning less than 30% of AMI. The extension of the FCC’s Lifeline program to cover internet access (see p34) is a step in the right direction, but we need a more comprehensive plan to ensure that the most vulnerable students are not left out of the loop.

Detroit has the worst rate of internet access of any big American city, with four in ten of its 700,000 residents lacking broadband, according to the FCC. The situation in America’s most Hispanic state is in sore need of improvement—while 96% of Americans in urban areas have access to fixed broadband, only 70% of New Mexicans have broadband access at home. In rural communities, the problem is even worse—only one in three can access the internet at home.

Senator Tom Udall (D-New Mexico) recently described what life is like for students in New Mexico’s rural communities: “They’re being taught on computers, they do their homework on computers, but if you can’t connect to the internet at home, then you have to come to the parking lot to turn it in,” Udall said. “That’s what the homework gap is all about. These are pretty unusual circumstances. It’s called homework; it’s not called parking-lot work.”

In addition to connectivity, internet access requires comprehension of the material and tools available online. English still dominates the web, but its relative share of cyberspace has shrunk to around 26%, while Chinese has grown to nearly 21%, with Spanish (8%), Arabic (5%), Portuguese (4%), Japanese (3%), Russian (3%), Malay (3%), French (3%), and German (2%) making up the rest of the top ten languages online. Out of roughly 6,000 languages in use today, this top ten account for 82% of the total of the content on the internet (Internet World Stats).

Educational technology can only fulfill its promise of assisting in the provision of differentiated instruction and personalized learning if the students who will benefit from it most have high-speed access in a language they understand. In the same way that the postal service is obliged to serve all Americans equally, broadband providers should be contractually bound and incentivized to provide schools, rural areas, and low-income communities with the connectivity they need to take advantage of educational technology and the communications revolution.