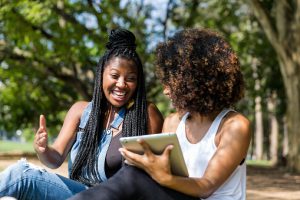 The BBC has launched a new online section that delivers news exclusively in Pidgin for West African audiences. Pidgin is a language spoken by over 75 million Nigerians. While the number of speakers is large, Pidgin offers unique challenges: it is a language without official spelling or grammar that is in constant flux.

The portal is a huge step forward for Pidgin, which is a language previously thought of as having lower prestige. The programming indicates a growing expansion of recognition of the popular language, and the importance of local dialects.

This is the biggest expansion of the World Service since the 1940s. It will require the hiring 1,400 staff and is being funded by the UK government.  Tony Hall, director general of the BBC, said the new services marked “the start of a new chapter for the BBC” and called the World Service “one of the UK’s most important cultural exports”.

The BBC portal says it aims to also enhance television services across Africa, including more than 30 new TV programs for partner broadcasters in sub-Saharan Africa.

The portal is currently featuring coverage of local and international news, sports, culture, and technology—much like the subjects typically on the front page of other BBC portals.

“It’s a challenging, exciting experiment,” said Bilkisu Labaran, the corporation’s editor-in-chief in Lagos. “We want to be pioneers in what written Pidgin can be,” she told AFP.

The push for legitimization of Pidgin in the media seems to be a growing wave, as the service is following in the footsteps of Wazobia FM, a Nigerian broadcaster that launched a Pidgin radtio station in 2007 and TV channel in 2014. Pidgin is also seeing growth in the US, with artists like Fela Kuti and Davido making a splash in the American music scene.