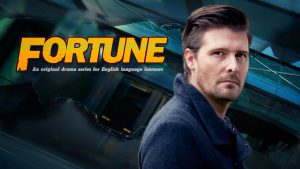 Two filmmakers from New Zealand have recently completed a new drama for worldwide English Language Learners (ELL’s) that aims to both entertain and teach. The series, titled Fortune, was funded by online crowdsourcing website, Kickstarter, and is estimated to be released this September.

The show’s creators, Ben Woollen and Scott Granville, set out to create this new concept of television (though it will be available online), in which the episodes are shot with two levels of language proficiency. The episode is the same in both versions, only the level of English is different, depending on the viewer’s level. “Fortune follows the same narrative template across two levels with one key distinction – ESL/EFL professionals (English as a Second Language/English as a Foreign Language) work alongside the scriptwriters to modify the linguistic structures within each episode to make the story accessible as well as purposeful in an educational context,” said the creators.

“Traditionally, when people try to deliver English language video content, it gets to a point where it becomes almost unwatchable and then you switch off. We want to give our audience a story they can follow and enjoy so the learning materials aren’t such a chore. We’re quite confident that this particular form of narrative drama doesn’t exist at the moment,” Granville told the New Zealand Herald.

“Our research showed that English language learning content fell into two categories. There is popular content, shows like Friends, which teachers then have to adapt to fit a narrow focus as it’s not designed for teaching English, or the flipside is you get providers with a strong language focus who lose the audience because their video content doesn’t connect with viewers. Fortune covers that middle ground, written with the audience in mind.”

The creators hope to offer their project for free online, as many ELL’s do not have access to free entertaining teaching tools at their levels of proficiency. According to Fortune’s Kickstarter, each episode was also created with the help of TESOL professionals, in order to guide the writers.