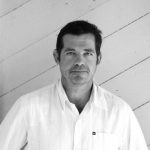 The dogdays of summer have been rudely disturbed by the reaction to teachers’ leader Randi Weingarten’s linking of the federal government’s school privatization policies to segregation. Calls for her resigna­tion as president of the American Federation of Teachers (AFT) and accusations of her be­ing racist have come from all corners—even liberals get up in arms at any perceived threat to school choice. However, this ideological battle over school choice is a distraction—the real story is childhood poverty and what we can do to overcome it.

Weingarten’s exact words were: “This use of privatization, coupled with disinvest­ment, are only slightly more polite cousins of segregation. We are in the same fight, against the same forces that are keeping the same children from getting the public education they need and deserve. And what better way to pave the path to privatize education than to starve public schools to the breaking point, then criticize their shortcom­ings, and let the market handle the rest. All in the name of choice.” She went on to explain how school privatization had been used to prevent integration in the South and how the shifting of funds from regular public schools to private and for-profit charters could under­mine federal civil rights law. However, her words were seen by many as an assault on parental choice, and by some as an affront to the minority leaders who have worked so hard to improve the educational options for their communities, including dual-language immersion schools.

Charter schools come in many shapes and forms, but they are all public schools. Some of them have been very successful in improving the educational outcomes of communities which lacked opportunities, while others have failed miserably. Despite the many critical reactions, Weingarten was not attack­ing charter schools per se but the implemen­tation of policies which would “starve public schools to breaking point.”

The real threat to America’s public school system and its promise of a quality education for everyone regardless of race, language, or income level does not come from within the educational sector but from policymak­ers and their supporters who do not believe there is sufficient return on the investment of taxpayer funds for the education of our children despite overwhelming evidence to the contrary. Such is this evidence and the underlying support for our public school system that the only way to undermine it is to pit pro-public education factions against each other. Thus, a situation has been cre­ated where committed educators, parents, and academics are at loggerheads over the means of reaching the same goal. Both sides want the best education for the most kids at the best price, but like all learning, one-size doesn’t fit all, so supporters of regular public schools and supporters of charter schools need to recognize that and work together to achieve their mutual objectives.

As long as the U.S. continues to have one of the highest child poverty rates among developed countries, the public school system will struggle to be effective. In recent years, government policies have helped drive positive outcomes for children and families. Now, 95% of U.S. children have health care coverage, an historic high; fewer children overall live in poverty, and an all-time high of 83% of students nationally completed high school on time. Some charter schools have succeeded in high-poverty areas and some have failed, but income level remains the largest determining factor in educational outcomes. Education supporters need to overcome their differences over modes of operation and work together to ensure that the progress recently made continues despite the powerful campaign to reverse the very policies responsible for its achievement.

Lockdown in Italy: What one teacher’s experience shows us about teaching online