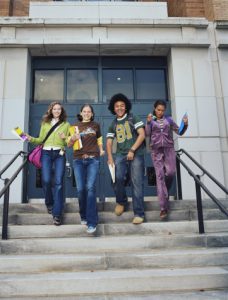 The Massachusetts Senate has unanimously approved the LOOK (Language Opportunity for Our Kids) bill that would allow school systems to bring back bilingual education, potentially ending a 15-year-old ban on schools teaching students academic courses in their native language.
The LOOK bill updates MGL Ch 71A English Language Education in Public, allowing all districts to choose high quality alternate language acquisition programs based on the educational and linguistic needs of students, in addition to Sheltered English Immersion.
The bill also:
• Encourages parent involvement by establishing parent advisory councils and providing a mechanism for parents to advocate as a group for a district to adopt a specific language acquisition program (including dual-language programs).
• Directs districts to monitor FLEP and former FLEP students who have exited language acquisition programs.
• Recognizes experienced educators in Language Acquisition Programs by requiring instruction by licensed ESL teachers, as well as directing DESE to establish an educator endorsement for teachers in dual-language programs, and an administrator pathway for directors of Language Acquisition Programs.
• Removes provisions that discourages alternative language acquisition programs, including time limits, the restrictive waiver process, and liability for educators and districts.
• Recognizes the value of bilingualism and biliteracy skills by establishing a state Seal of Biliteracy that districts can award to high school graduates who demonstrate proficiency in two or more languages.

The Senate vote followed passage of a similar bill last month by the House. The next step is for the legislature to reconcile the differences between the two bills (H.3740 and S.2134). Currently, the House bill would loosen current requirements for school systems to seek waivers to the English-only rule, while the Senate version would abolish the waivers and instead give school systems a choice of specific programs, including English immersion and bilingual education.
Massachusetts’s Language Opportunity Coalition has been fundamental in pushing forward both bills. Founded in 2014, coalition members include MATSOL, Massachusetts Association for Bilingual Education (MABE), Massachusetts Foreign Language Association (MaFLA), and MIRA Coalition. It released the following statement in response to the Senate vote: “The Language Opportunity applauds our state representatives for recognizing the need for school districts to have the flexibility to offer English learner programs that best meet the needs of their students. The early action on the bills by both the House and Senate shows that the leadership and members recognize the importance of supporting our students by improving English learner education in Massachusetts.”