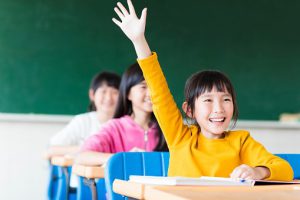 Despite influential campaigns to undermine  confidence in public schools, most Americans have faith in their local schools, according to the latest edition of the annual Phi Delta Kappa International (PDK) Poll of the Public’s Attitudes Toward the Public Schools, the defining public opinion survey on American public education for the past 49 years.
The new poll finds that the proportion of Americans who give their community’s public schools an A grade is at its highest in more than 40 years, and 62% of public school parents gave public schools in their own communities an A or B grade, compared with 45% of nonparents. When parents grade their own kids’ schools, the results are even better, with 71% giving them A’s or B’s. This compares with only 24% of Americans giving public schools nationally an A or B (with no difference between parents and all adults), and the report notes: “There’s no contradiction in the gap. Awareness of a few poor schools can diminish the ratings of all schools together, driving down scores nationally while leaving local scores far better.”
The survey also found that 70% of parents, including equal numbers of whites and nonwhites, say they’d prefer to have their child in a racially diverse school, but only a quarter of those who say they’d like their child to attend a racially diverse school would be willing to take on a longer commute to do it.
Despite the current emphasis on vouchers among federal policymakers, the poll found that 52% of Americans oppose using public funds to send students to private school and opposition rises to 61% when the issue is described in more detail.
Contrary to expectations, the survey found that standardized testing was the least important factor in assessing school quality. All other factors, including the availability of extracurricular activities, art and music classes, advanced academic classes, technology and engineering classes, and programs to develop interpersonal skills, were deemed more important.
An overwhelming majority of Americans (87%) strongly support schools providing mental health services and after-school programs (92%). They’re willing to pay for it too – 75% of respondents say schools should ask for more public money to provide these and other such wraparound services.