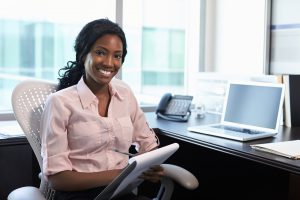 “Ultimately, the outcome of maker education and educational makerspaces leads to determination, independence, and creative problem solving, and an authentic preparation for the real world through simulating real-world challenges. In short, an educational makerspace is less of a classroom and more of a motivational speech without words” (Kurti et al., 2014, p. 11).

Have you ever considered how many parents ask their child the question “What did you do in school today?” to only be answered with “Meh,” “I don’t know,” or “Nothing”? Parents want to know what their children have spent their days learning and are often faced with unenthused responses or no responses at all. This leads to the inevitable concern that their children haven’t learned anything, are struggling, or are unhappy with school. This concern can be increased tenfold when their children are new to learning the language or have special needs. The year 2015 brought about a change in this passive response with the entrance of makerspace in education. Before we all roll our eyes at yet another educational buzzword, makerspace is actually the resurgence of the foundational educational pedagogy of constructivism and is changing the nature of teaching and learning. Now, when the question “What did you do in school today?” is asked, parents are being shown projects that provided the  best seven hours of their children’s lives, thanks to the makerspace.

Makerspace is a global trend that is part of the DIY movement.

These spaces started as community centers where the average Joe could meet up with local experts to pursue a passion project or hobby. Imagine a facility with tools and materials to invent, tinker, and construct. This movement has found its way into education over the last year. Libraries and classrooms are being transformed with 3D printers, robots, and bins of recycled materials. What is exciting is that makerspace is more than just a space; it is an educational mindset. A makerspace mindset allows educators to shift away from ready-made knowledge to a classroom environment ripe for exploration, creativity, innovation, and collaboration, with hands-on materials and real-world problems (Donaldson, 2014; Papert and Harel, 1991; Schön, Ebner, and Kumar, 2014; Schrock, 2014; Hatch, 2013). In short, teachers are changing the way they teach, which is causing students to change the way they learn, and this is a very good thing.

With an ever-growing student population of English language learners (ELLs) in our schools across North America, we need to consider our approach to offering higher-level learning opportunities that also support the development of language and social skills. Often, we can observe students who are missing “foundational” literacy and numeracy being pulled out of the classroom to receive one-on-one instruction for these missing pieces because they “must learn this before they can learn that.” Makerspace is allowing students who are “missing pieces” to still learn, reason, problem solve, and innovate without having to rely on mastery of the English language. My own mindset as an educator had to shift when I began teaching in an inner-city school environment for a group of students that had severe special needs. Our school population was also over 70% ELLs. The opportunity to “pull out” students who struggled was gone when it would have meant pulling out more than half the class. I started to ask myself, if I only relied on teaching the basics, when would they have the chance to shine? I was inspired by the story of The Boy Who Harnessed the Wind.

William Kamkwamba was a 14-year-old boy living in extreme poverty and famine in Malawi in 2002. He was forced to drop out of school and spent much of his time at the local library flipping through magazines and books about electronics. One day, he was inspired to build a windmill for his community as a way to provide electricity and irrigation. Using blue gum trees, bicycle parts, and materials collected in a local scrapyard, William constructed a very rough but very functional windmill that could power a cell phone. He did not have a teacher telling him step by step what he had to do, he was not receiving remediation for the English language, yet he was still learning. William was inspired to solve a problem, he had a reason to learn, and he was able to make his learning come to life. This story challenged me as an educator to provide this kind of learning environment—for all learners, regardless of ability.

My classroom began to shift. When it was time to write a story, we took a break from papers and pencils and instead brought out Dash and Dot robots. Students who would have relied on an adult to read and scribe for them were now learning how to use drag-and-drop blocks of code to program their bots to act out the stories in their minds. They designed costumes, they made cardboard settings, and some of them told the first stories in their school careers. When it was time for math, we used an inexpensive drone to explore distance, speed, angles, and weight as we built devices to deliver necessary medical supplies to war-torn regions, a concept many of my students understood the need for all too well. When it was time for science, we used a Raspberry Pi computer and camera to create a time-lapse security camera to understand the nocturnal habits of our beloved classroom chinchilla.

This mini maker movement started to show me for the first time not what the students could not do, but what they could do. They displayed learning that was previously inconceivable simply because they had never been given the opportunity. This type of learning in our schools is often reserved for the best and the brightest students. Yet after allowing my classroom to become a launch pad for learning, there was a noticeable decrease in classroom misbehavior, students had less anxiety, and there was a dramatic increase in engagement in learning, expressive language, reading ability, and foundational numeracy. Suddenly we were designing websites instead of writing reports for social studies; we hacked our word wall with the Makey Makey so it could talk instead of memorizing flash cards; we built flight simulators out of recycled materials using Google Earth instead of reading about aerodynamics in a textbook.

Throughout all of this, we sought out community experts, we researched blogs, we used tools, we created art, we tested, designed, and improved, we made mistakes, and finally we made learning come to life. This was a passionate group of learners committed to a goal. Some of our students could not read, some had trouble sitting still, some needed a little more help, but all had a chance to shine. These projects turned out to be the greatest year of learning ever, something everyone still talks about. Shouldn’t every student have the chance to learn the same way? By moving makerspaces from our garages and community centers into our schools, we have this chance.

Making is a universal language of learning. This hands-on, physical expression of understanding can allow for both students and parents who are English language learners to see and hold what has been learned. This can be done in any school, with any students, on any budget. My first “makerspace” was a bin of materials from the dollar store and a $35 Raspberry Pi computer. A makerspace is about good teaching and learning, period. Educators do not need to be intimidated by high-tech, expensive facilities.

Educators can start small, with one idea and project, and build momentum from there. The maker movement is a vehicle that will allow schools to be part of the necessary return to constructivist education—a movement that will allow students to be creative, innovative, independent, and technologically literate. It is not an “alternative” way to learn, but what modern learning should really look like (Stager, 2014). For our ELL and struggling students, this movement will help better prepare them for a world where they can be computer programmers, engineers, and inventors far beyond what remedial educational alone could have done. We need to believe they can do it, and we owe it to their future to try.

In the movie Cast Away, starring Tom Hanks, there is a moment in which he makes fire—a passionate event in which he was the creator of an epic moment of learning, so much so that he shouted “I made fire” to the heavens. This is the moment we want for our children. We want school to be an opportunity to make fire and love learning so that they come home and cannot stop talking about that moment. The greatest seven hours of their lives. That is an educational makerspace.

Trish Roffey is an emerging technology consultant for Edmonton Catholic Schools in Edmonton, Alberta, Canada. In this role, Trish specializes in supporting teachers and students to explore makerspace, assistive technology, coding and robotics, and blended learning. Trish is also an avid maker who is always tinkering on her next project. You can follow Trish on Twitter @MrsRoffey or contact her at [email protected] For more information about educational makerspaces and to explore project ideas mentioned in this story, please visit www.makerspaceforeducation.com.