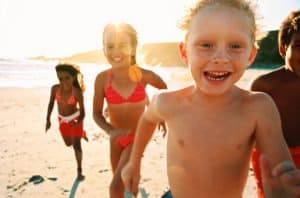 In a study published in Psychological Science, the journal of the Association for Psychological Science, Pascale Engel de Abreu of the University of Luxembourg and her colleagues examine the effects of bilingualism on the executive functioning of low income
children. “Low-income children represent a vulnerable population,” says Engel de Abreu. “Studying cognitive processes in this population is of great societal importance and represents a significant advancement in our understanding of childhood development.”

Existing research, conducted with older bilingual children and bilingual adults from middle class backgrounds, suggests that knowing two languages may have different effects on different aspects of executive functioning: while being bilingual seems to have a positive influence on the ability to direct and focus attention (control), researchers have found no such benefit for how people encode and structure knowledge in memory (representation).

Engel de Abreu and her colleagues hypothesized that this pattern would also hold for younger bilingual children who were low-income. A total of 80 second graders from low-income families participated in the study. Half of the children were first or second generation immigrants to Luxembourg, originally from Northern Portugal, who spoke
both Luxembourgish and Portuguese on a daily basis. The other half of the children lived in Northern Portugal and spoke only Portuguese.

The children then participated in two tasks that looked at their ability to direct and focus their attention when distractions were present. Although the bilingual children knew fewer words than their monolingual peers, and did not show an advantage for representation
tasks, they performed better on the control tasks than did the monolingual
children, just as the researchers hypothesized.

“This is the first study to show that, although they may face linguistic challenges, minority bilingual children from low-income families demonstrate important strengths in other cognitive domains,” says Engel de Abreu.

The findings could inform efforts to reduce the achievement gap between children of different socioeconomic backgrounds. “Our study suggests that intervention programs that are based on second language teaching are a fruitful avenue for future research,” says Engel de Abreu. “Teaching a foreign language does not involve costly equipment, it widens children’s linguistic and cultural horizons, and it fosters the healthy development of executive control.”