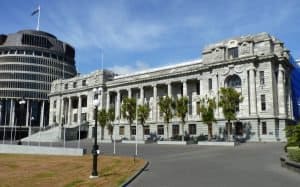 A new bill has been submitted in New Zealand to make English the official language. New Zealand First submitted the bill. The nationalist, populist political party recently formed a coalition with the Labor Party, which currently holds the Prime Minister seat with Jacinda Arden. The proposed bill, titled English an Official Language of New Zealand Bill, would give English the same legal status in New Zealand as te reo Māori and New Zealand Sign Language.

While English is the de facto official and predominant language, much how it is in the U.S., it currently does not have official legal status. The te reo Māori became the first official language of New Zealand in 1987. The language is spoke by the indigenous Māori people, which make up around 15% of the population. In 2006 New Zealand Sign Language also became officially recognized.

New Zealand First MP Clayton Mitchell drafted the bill, and thinks that the proposal makes sense for the country. “It’s common sense to officially recognize the language that the vast majority of New Zealanders use on a daily basis,” he said.