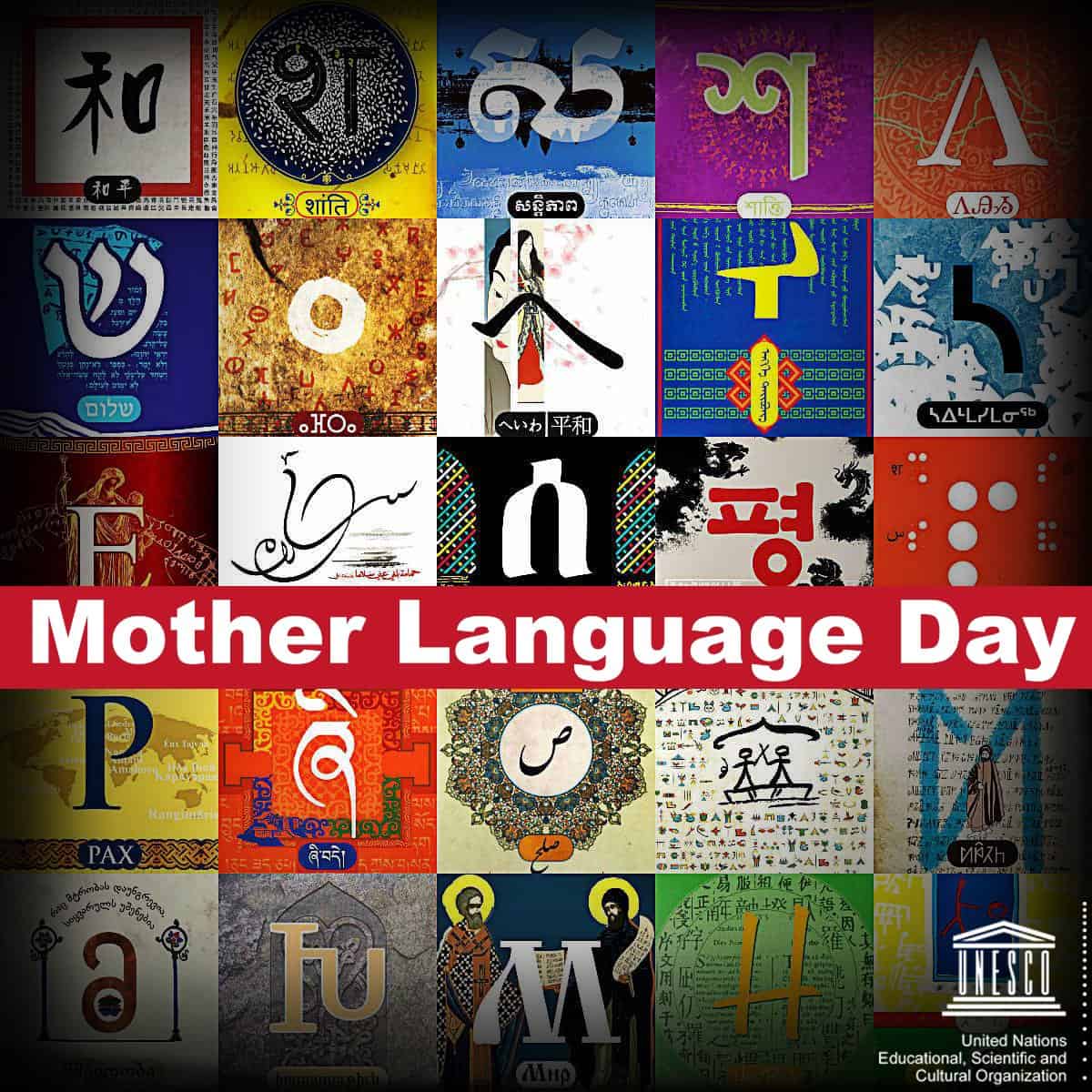 This year UNESCO also commemorates the 70th anniversary of the Universal Declaration of Human Rights and its bold statement that “no discrimination can be made on the basis of language” and celebrates its translation into more than 500 languages. This is also supported in the 1960 Convention against Discrimination in Education which prohibits any discriminatory practices in education, notably discrimination based on language

UNESCO Director-General Audrey Azoulay in her message for the day said: “A language is far more than a means of communication; it is the very condition of our humanity. Our values, our beliefs and our identity are embedded within it. It is through language that we transmit our experiences, our traditions and our knowledge. The diversity of languages reflects the incontestable wealth of our imaginations and ways of life.”

Importance of mother tongue in education

About 40% of the world’s population does not have access to an education in a language they speak or understand. Nevertheless, progress is being made in mother tongue-based multilingual education with growing understanding of its importance, particularly in early schooling, and more commitment to its development in public life.

Multilingual and multicultural societies exist through their languages which transmit and preserve traditional knowledge and cultures in a sustainable way.

UNESCO uses the day to focus on linguistic diversity and multilingualism as an integral part of sustainable development, and in particular to realize targets 4.6 and 4.7 of Sustainable Development Goal 4 (SDG4) on education.

The SDGs depend on linguistic diversity and multilingualism as a vital contribution to Global Citizenship Education as they promote intercultural connections and better ways of living together.

The event will be marked at UNESCO Headquarters, Paris by a language experts’ debate on the theme “Our languages, our assets” in collaboration with the Organisation Internationale de la Francophonie (link is external). There will also be a presentation of the Global Education Monitoring Report on Language of instruction and literacy in multilingual contexts. Download the programme

The idea to celebrate International Mother Language Day was the initiative of Bangladesh. It was approved at the 1999 UNESCO General Conference and has been observed throughout the world since 2000. In Bangladesh the 21 February is the anniversary of the day when Bangladeshis fought for recognition for the Bangla language.