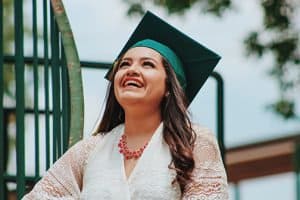 Students who speak a language other than English at home have improved in reading and math much more substantially since 2003 than previously reported, according to a study published this month in Educational Researcher. Hidden Progress of Multilingual Students on NAEP by Michael J. Kieffer, associate professor of literacy education at New York University’s Steinhardt School of Culture, Education and Human Development, debunks a common myth that multilingual students and English Learners have made little progress in academic achievement in recent years, and that U.S. schools continue to fail these students.

“Educators and policymakers have been misled by traditional ways of looking at achievement data for English learners,” said Kieffer. “When we look at the broader population of multilingual students, we uncover remarkable progress.”

The research also demonstrates that multilingual students are about one-third to one-half of a grade level closer to their monolingual peers in 2015 than they were in 2003. The data cannot identify the specific sources for the change in achievement but suggests that a bundle of policy changes which occurred between 2003 and 2015 may have moved schools in the right direction in serving multilingual students.

“Despite the dominant perception that these students have made little academic progress in recent years, our findings indicate there is real evidence of progress for this population,” said Thompson. “Students are showing what they know.”

This research was supported, in part, by grants from the Sper Foundation, the William T. Grant Foundation, and the Institute of Education Sciences in the U.S. Department of Education.