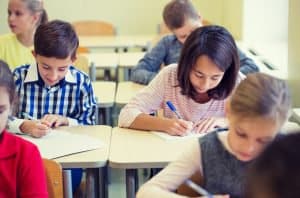 Two reports have been submitted to the U.S. Department of Education which examine the extent to which states’ education plans are in step with guidance established by the Every Student Succeeds Act (ESSA) with regard to English learners (ELs). Advocacy groups UnidosUS and Achieve produced the briefs, entitled “How Have States Set Goals for English Leaners in ESSA Plans?” and “How Are States Including English Language Proficiency in ESSA Plans?,” to provide an analysis of the English Language Proficiency (ELP) indicators and academic achievement goals proposed in state ESSA plans. They examine whether states are taking meaningful steps to improve academic outcomes for EL students and provide recommendations to develop an accountability system that reflects that. “Since its passage, the national education law, ESSA, has significantly altered the accountability landscape to ensure the academic performance and progress of ELs is a priority, and not an afterthought. For the more than five million EL students in the K-12 school system, this has been a welcome shift – but our work is not over. We will continue to monitor statewide implementation of state’s EL goals and provide assistance where needed so that our most underserved students reach their full potential,” said Eric Rodriguez, VP of policy and advocacy at UnidosUS.

“We are pleased to see a sharper focus on English learner student achievement under ESSA,” said Michael Cohen, president of Achieve. “However, as these new reports show, there is still room for improvement with regard to goal-setting for EL students in states’ ESSA plans. We encourage states to set rigorous, meaningful academic achievement goals for English learners and to be transparent about how schools are helping – or not helping – students to progress.”

The briefs look at how states are defining and measuring ELP standards and including ELP indicators into their accountability systems. They also examine the varied approaches states are employing to create long-term goals for English learners.

Analysis of state plans revealed the following:
Seventeen states and the District of Columbia have set the same long-term achievement goals in English language arts (ELA) and mathematics for all student subgroups, while 29 states have set lower targets for their EL subgroups. Setting different goals for different groups of students only perpetuates disparities for historically underserved students; instead, states ought to be setting one high standard and offering the necessary supports to individual subgroups so that all students can reach that goal.

States’ target years to reach their long-term goals range from two to 30 years. There is also significant variation in how long states believe students need to become proficient in English, ranging from five to eight years.

The weight that states assign to the ELP indicator, which provides a strong signal to schools and districts about how EL progress is valued by the state, varies from three percent to 22.5% for high schools and from 3.5% to 30% for elementary/middle schools.

Recommendations for states to consider as they begin to implement their ESSA plans include:
Goals should be the same for all students.
Measures of interim progress should ensure ELs are on track to meet the state’s long-term goal.
ELP goals should be rooted in performance data.
ELP goals should be differentiated by grade level.
States’ goals for ELs must be developed within a framework that factors in the diverse characteristics of ELs.
States should make sure that data will help identify and provide resources and supports to teachers and students when they most need it.
States must value both proficiency and growth as demonstrated on the ELP assessment in their ELP indicator.
Public reporting on the ELP indicator should include the full breadth of the state’s indicator.
States’ public reporting on the ELP indicator must be discrete and transparent.
States must set an evidence-based time-to-proficiency window for ELs.
States must consider the demographic composition of the state’s student body when setting the N-size.
States must ensure that the ELP indicator is weighted in a way that values EL performance in the overall state system.
The full reports are available at: www.achieve.org/essa-goals-for-english-learners and www.achieve.org/english-language-proficiency-in-essa.