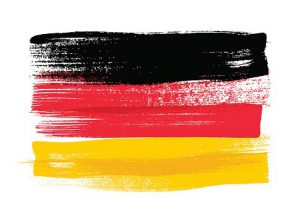 On November 9, 1989, the border between East and West Berlin opened. The German Democratic Republic (GDR) and the Federal Republic of Germany (FRG) reunited under a modified FRG constitution almost a year later on October 3, 1990. And in 1991, the newly reunified German Parliament decided that the once divided metropolis, which had been the capital of Prussia, the German Empire, the Weimar Republic, and the Third Reich, was to become capital once more.

First mention of Berlin comes from the year 1244, though the city’s long history is hard to see at first glance. The centuries of change and the destruction of World War II led to great alterations in the cityscape. Yet to even the untrained eye, the past is illuminated on street corners and in city squares. Monuments and statues, Baroque and Neoclassical architecture stand among the folds of glass-and-concrete modern structures.

One such structure reminds of the cities culturally diverse past. That is the French Cathedral on the Gendarmenmarkt. The church, which is not an actual cathedral, served for years large French speaking Protestant congregations, descendents of Huguenots who fled France after Louis IX revoked the Edict of Nantes in 1685. In 1700, one in five Berlin residents was of French decent. A diverse population thrives still in Berlin today. Poles, Turks, French, Italians, Greeks, Serbs and more populate the city. 13.5 percent of residents have a non-German passport, according to a February 2011 press release from the State Statistical Institute Berlin-Brandenburg.

The largest city in Germany and the second largest in the EU, Berlin has around 3.5 million inhabitants. It is a young and vibrant city. 135,000 students study at 31 universities in Berlin, and the artistic and cultural sectors supply one fifth of the city’s economy. The club scene is to be reckoned with and it’s many international festivals, such as the Berlin International Film Festival (known better as the Berlinale), draw crowds from the world over. The city’s three opera houses, more than 50 theaters, around 170 museums and collections, and 300 cinemas offer endless opportunity for exploration. And isn’t that what study abroad is about?