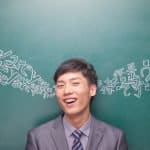 The National Science Foundation’s Partnerships in International Research and Education (NSF PIRE) has awarded a $5 million dollar grant over five years to help translate the scientific benefits of language learning from the lab to the classroom. Research has shown that speaking two or more languages makes minds more open to learning and more flexible, so now’s the time to find out how students can make the most of it.

Judith Kroll, distinguished professor of psychology, linguistics, and women’s studies at Penn State University is the principal investigator on this project, which is leveraged by partnerships with the U.S. Agency for International Development and by international counterpart funding by China’s Ministry of Science and Technology, Spain’s Ministry of Economy and Competitiveness, and Germany’s Deutsche Forschungsgemeinschaft.

In 2010, Penn State’s Center for Language Science received an NSF PIRE grant for $2.8 million that is now in its final year. That project assembled a cross-disciplinary team of researchers in the U.S. and abroad to investigate the science of bilingualism. The new grant, building on the current project, is the second PIRE awarded to the center.

The goal of the new PIRE is to harness the excitement surrounding recent discoveries about the benefits of bilingualism to ask how the science might be translated for educational practice and policy. The new grant will bring science to the classroom and to the field for younger and older learners to examine the consequences of bilingualism for education and health.