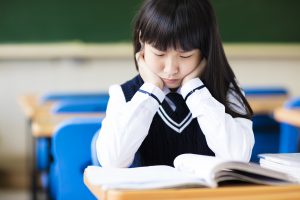 Quebec’s Ministry of Immigration, Diversity, and Inclusiveness has been accused of using French test results as an excuse to violate the constitutional rights of more than 500 international students.
Fo Niemi, director of the Montreal-based Centre for Research Action on Race Relations (CRARR), claimed most of the students whose French skills are being questioned come from China, India, or the Middle East. “We’re asking whether there are practices of profiling willingly or unintentionally based on race, language, and national origin of these students,” he said.
CRARR’s investigation is based on letters the students received from the ministry alleging that they “provided information or a document that is false or misleading regarding [their] level of knowledge of the French language.”
Concordia University’s student union held a legal clinic for international students trying to gain permanent resident status in Canada.
The school’s student union held the clinic because hundreds of students have had their French-language proficiency certificates rejected, and they are being accused of filing false declarations about their knowledge of French.
The students all completed a government-approved language and vocational course called the Programme d’expérience québécoise (PEQ), graduates of which can apply for a certificate of selection of Quebec (CSQ), a fast track toward permanent residency in the province.
Last November, the Ministry of Immigration started calling students to review their French but would not confirm the reason why. At the same time, Quebec’s anticorruption squad began investigating two of the province’s largest English school boards.
More than 500 CSQ applicants who took the program have been accused of providing false or misleading information about their French skills, and more than 300 have had their applications rejected after their French was tested.
Those who fail the test may have to wait five years to reapply for permanent residency.
Niemi has called on Quebec’s ombudsman to investigate.