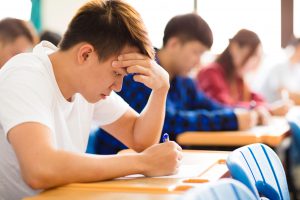 The Florida Department of Education’s implementation plan for the Every Student Succeeds Act (ESSA) has been roundly criticized as it relates to English learner students and Latino students by experts from UnidosUS (formerly National Council of La Raza) and TESOL-related organizations.

In a letter to U.S. Secretary of Education Betsy DeVos, UnidosUS has expressed strong opposition to the state’s education plan and urged the Department of Education take appropriate steps to hold the state accountable.

Florida’s plan, which is awaiting Department of Education approval, proposes an accountability system that does not include an English Language Proficiency (ELP) indicator in the rating or identification of schools.

The objections are based on the following grounds:

According to UnidoUS, “Florida’s ESSA plan provides a striking contrast to the fundamental values of the law, opting to impede the progress of the more than 200,000 English learner students in the state’s public school system.”

“In Florida’s final submitted state plan, we saw a complete disregard for the concerns echoed by local stakeholders as it relates to our historically underserved students. There was an absence of substantive changes that would improve outcomes and conditions for our students, especially English learners. As we see it, the state of Florida deliberately chose the path of noncompliance and needs to be held accountable by the US Department of Education to protect the rights of all students under federal law,” said Jared Nordlund, senior Florida strategist at UnidosUS.

“It is the belief of Sunshine State TESOL that by not disaggregating student performance, denying ELs access to native-language assessment to demonstrate their knowledge of content, and by not using the English Language Proficiency Assessment standards to measure English language proficiency, the Florida plan falls short in complying with the requirements of ESSA. Not only are we setting barriers for success, but we are also widening the achievement gap between English learners and non-English learners,” said Dr. Arlene Costello, second VP at Sunshine State TESOL.

For additional information on ESSA and other education issues, visit progressreport.co.