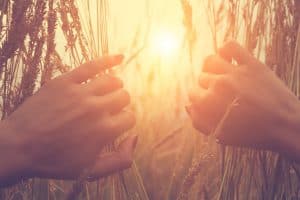 David Bong explains the what, why, and how of measuring world language skills

The world of language assessment is endlessly fascinating. What, why, and how we measure language skills are constantly evolving to incorporate new strategies and technologies as the field becomes increasingly aware of how language testing can improve learner outcomes.

There are three fundamental types of language tests: Achievement tests measure the ability to repeat language elements that have been taught, focusing on specific vocabulary or grammar structures taught in a lesson or unit.

Our company, Avant Assessment, specializes in proficiency assessments that measure students’ levels in relation to the goals of the student and the program and show growth across time.

Over the past five years, we have seen a significant increase in the use of proficiency testing to document student language skills and gather data on program effectiveness. The two drivers for documenting skills are credit by examination (CBE) and the Seal of Biliteracy movement that is sweeping the country.

CBE programs provide credit for student language proficiency regardless of how the language was learned. CBE is a powerful tool for increasing graduation rates of heritage students who bring a language skill to school.

Avant participated in a Gates Foundation study of CBE testing for heritage speakers of 47 languages in the Seattle area. Thirty-four percent of the heritage Spanish speakers earning CBE credits needed them to graduate. Overall, this CBE program increased graduation rates among all Hispanic students by 5.26%.

To earn CBE credits, students have to demonstrate literacy as well as oral fluency through testing, which encourages them to take classes in the literacy skills that will make their language more useful for employment.

The Seal of Biliteracy movement has also driven expanded testing of students’ proficiency. With the leadership of Californians Together and Velasquez Press, California launched this movement in 2011, and it has spread across the country to 33 states and the District of Columbia. Yet today, about 70% of the students earning the Seal are second-language learners, not the heritage-language learners who were expected to be the main recipients of the Seal. Several districts have proactively addressed this issue.

Chicago Schools, for example, promoted the Seal to heritage learners and provided easy access to tests, so that 64% of students earning the Seal in Chicago are heritage speakers. In order to fill gaps that exist in state-sponsored Seal of Biliteracy programs, Avant recently sponsored the launch of the Global Seal of Biliteracy. The Global Seal certifies learners with second-language proficiency ineligible to qualify for the state-sponsored Seals because they are in private school, colleges, or homeschool situations or are heritage speakers already in the workforce.

In more traditional world language programs as well, we see significant increases in district-wide proficiency testing to measure program effectiveness. A new generation of technology- and data-savvy language supervisors recognizes the importance of proficiency data to harmonize instruction practices and share common goals. Nevertheless, we estimate that fewer than 5% of students receive rigorous third-party proficiency assessments that can provide this kind of data.

Cutting-edge universities are increasingly testing student proficiency to measure the effectiveness of hybrid or fully online language courses. They are also using the data on proficiency outcomes for all language programs to demonstrate that they can generate proficiency outcomes to increase employability in the workforce to administrators, who are increasingly data driven and often pressured to shift funding to STEM programs.

As states have moved to align their language standards with the national proficiency standards and can-do statements, language teachers, especially at the K–12 level, recognize the need to improve their assessment literacy. As one teacher wrote, “I used to give tests to determine grades.

But once I understood the proficiency descriptors for each proficiency level, my focus shifted from text completion to student outcomes. I now look at assessments as formative feedback on my language learners and their progress. As their guide on the path toward proficiency, I need to know two things: 1) What should they be able to do now?, and 2) What do they need to learn/be able to do to get to the next level?”

To provide cost-effective and convenient online training in the proficiency standards, Avant recently launched ADVANCE, an online tool that trains teachers in the standards using the same methodology and technology that we use to train our STAMP raters. ADVANCE supports more effective assessment in class and improves the ability to use testing data to improve outcomes.

Nearly 20 years ago, we launched the first online, adaptive language-proficiency assessment. As technology has advanced, we have leveraged it to improve our tests and develop new tools. We recently developed a tool called Otto. Using artificial intelligence, Otto automatically and instantly scores a portion of students’ writing responses in the Spanish STAMP test.

For each response, Otto calculates the level of certainty that it can rate it accurately and consistently. Human raters score the rest. In keeping with our philosophy of leveraging technology to its fullest extent possible but always combining it with human knowledge and insights, we still use human raters to double score 20% of all responses to ensure that both Otto and the human raters are doing their jobs well.

We are currently piloting a tool for teaching Spanish writing proficiency that uses Otto to score student Spanish writing samples on the national proficiency scale. With the time saved grading responses, teachers can add individual feedback and create digital portfolios. This is just one example of how technology is changing assessment and giving teachers more power to improve student proficiency outcomes.

Solid data on student proficiency can reward students, guide teaching, and improve programs. Leveraging technology to put that data in the hands of educators is central to Avant’s mission. We will continue to explore new technologies and work with educators to maximize the positive impact on student learning.

David Bong is CEO of Avant Assessment. Avant STAMP and WorldSpeak tests are used to improve learning and award competency-based credits and Seals of Biliteracy. David speaks Japanese and was a businessman in Tokyo and Hong Kong. He is on JNCL-NCLIS’s board and an ISO standards-setting committee for assessment.